Joscelyn Vith-Lubawy was traveling on I-70 when she was hit by Leandre Woods, a 48-year-old man who was driving a Ford F-350 the wrong direction. He collided with Joscelyn’s vehicle head-on, and Joscelyn passed away during surgery shortly after the collision.

According to reports, police have filed charges against Woods, as he “smelled like alcohol” and had both a half-empty beer bottle and a whiskey bottle in his truck.

Joscelyn is survived by her husband, AJ Lubawy, her two children, Anthony and Bella, and her siblings, Selina, Jayden, Terry, and Will.

Joscelyn’s sister Selina Vith is well known within the Martial Arts community, training and competing regularly out of Stout PGH.

To help Joscelyn’s family during this time, Stout black belt and instructor Mike Wilkins held a seminar at the school’s Strip District location. 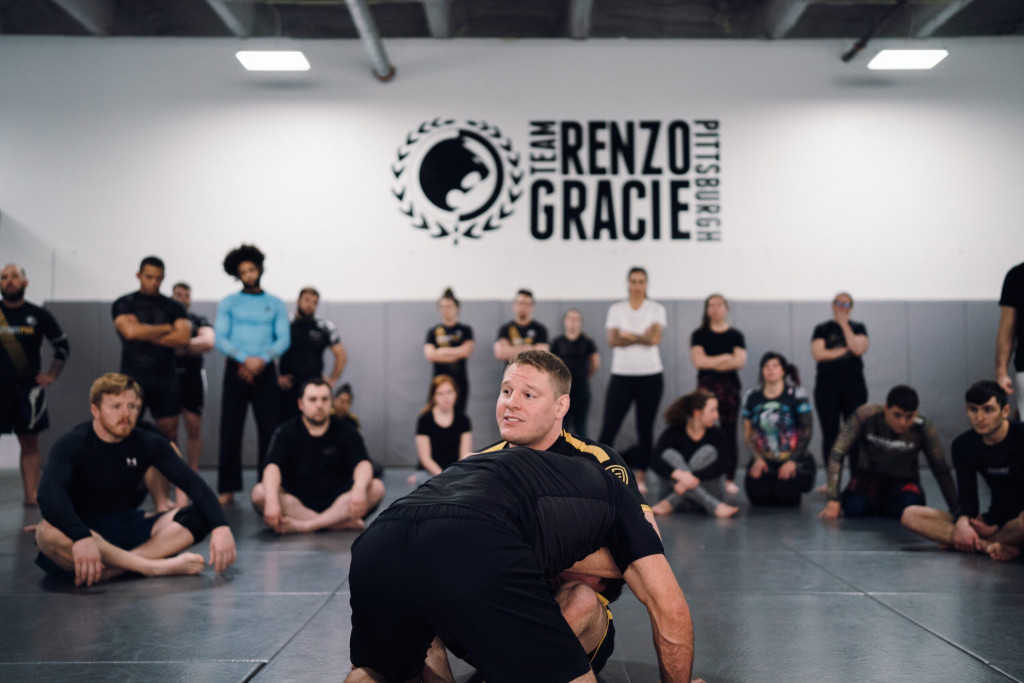 “We had the GoFundMe, which was doing well, but I just thought, ‘What could I do for the family? How could I make a bigger impact?'” Mike told me at the seminar. “It’s just tragic. It’s hard to imagine now, especially as a new father myself. Now those kids are without their mother because of a truly selfish act.”

Participants were encouraged to make a $25 donation at the seminar. Mike later posted to his Instagram story they raised $3,287 with the event.

“I’m just thankful people showed up,” he said. “I never doubted it, but it just goes to show how strong the community is here. This means everything to us, and even more for Joscelyn’s family.”