Brawl in the Burgh 14 is going to be insane –– and these ultra-talented amateur fighters play a huge role in making this event pop.

And yeah, we have two more beautiful pro fights –– Joshua Perreira vs. Orlando Ortega and Tom Kizer vs. Damoane Hawkins –– on tap for this Oct. 22 event, too.

But today I want to focus on the amateur fighters of Brawl in the Burgh 14.

Wait, what’s so special about these amateur fights?

The advanced amateur fight on the card, Miguel Francisco vs. Awstin Martinez, is just madness.

Longtime fans of 247 FC will recognize Martinez, who went three hard rounds with the Mat Factory standout Edwin Vera back at Brawl in the Burgh 10. While that one didn’t go his way, Martinez has been putting in that work, and he tells us he’s on a different level than the last time we saw him.

Francisco wants to put those words to the test.

A talented and dangerous fighter anywhere the fight goes, Francisco is looking to push his record over .500 and move to 3-2 with a big win over Martinez at Brawl in the Burgh 14.

Even better, Francisco is a Washington, PA boy through and through. Expect the hometown crowd to show up in a big, big way for him when the lights go down inside the Hollywood Casino at the Meadows. This one’s going to bring the noise.

HUGE prospects fill out the undercard

This is the most exciting undercard in 247 Fighting Championships history. Top to bottom, this is one of the most –– if not the most –– stacked cards in promotional history.

And this undercard? *chef’s kiss*

You can’t beat this.

Former WVU wrestler Lucas Seibert is back. The Immortal MMA and Stout PGH product finished Andy Ssutu back at Brawl in the Burgh 12 in impressive fashion (watch here), and now he wants to run it back against the 1-2 Warriors Nation MMA beast Theodore Savitt. 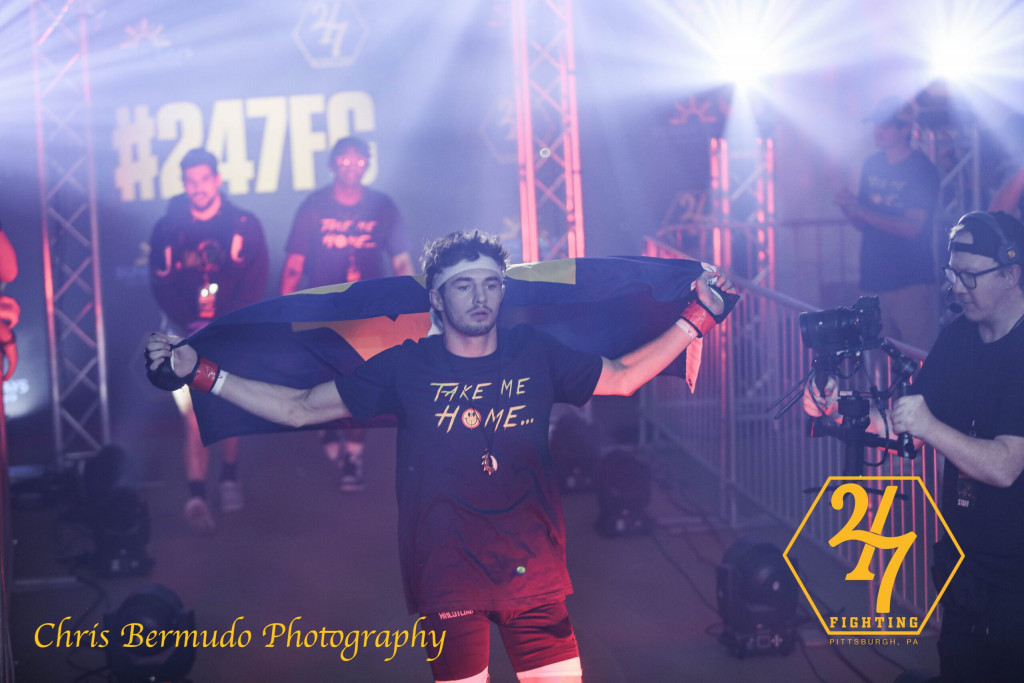 Savitt is not only more experienced than Seibert with four amateur bouts to his name, but he’s physically larger, too, previously competing at 145 pounds. Now back at bantamweight, Savitt looks to halt the high-profile prospect Seibert’s momentum where it stands.

Who will get it done on fight night?

We’ve heard nothing but good things about Prodigy MMA’s James Joint. His coach, Jay Lawrence, gushes over Joint’s skill set and work ethic –– and they’ve certainly backed up those words.

Joint won his MMA debut in impressive fashion, submitting Skylar Neathery in just one round. Following that fight, he and his team hit us up and said he wanted Welsh next. He never blinked. Never thought twice.

You gotta love that mentality.

Welsh put on a similarly dominant performance in his own MMA debut, finishing Marquise Darnell with an arm-triangle choke at Brawl in the Burgh 12 (watch here).

A former WPIAL champ and PA wrestling standout, Welsh hones his MMA skills at Indio Dojo under the legendary eye of Danillo Villefort. 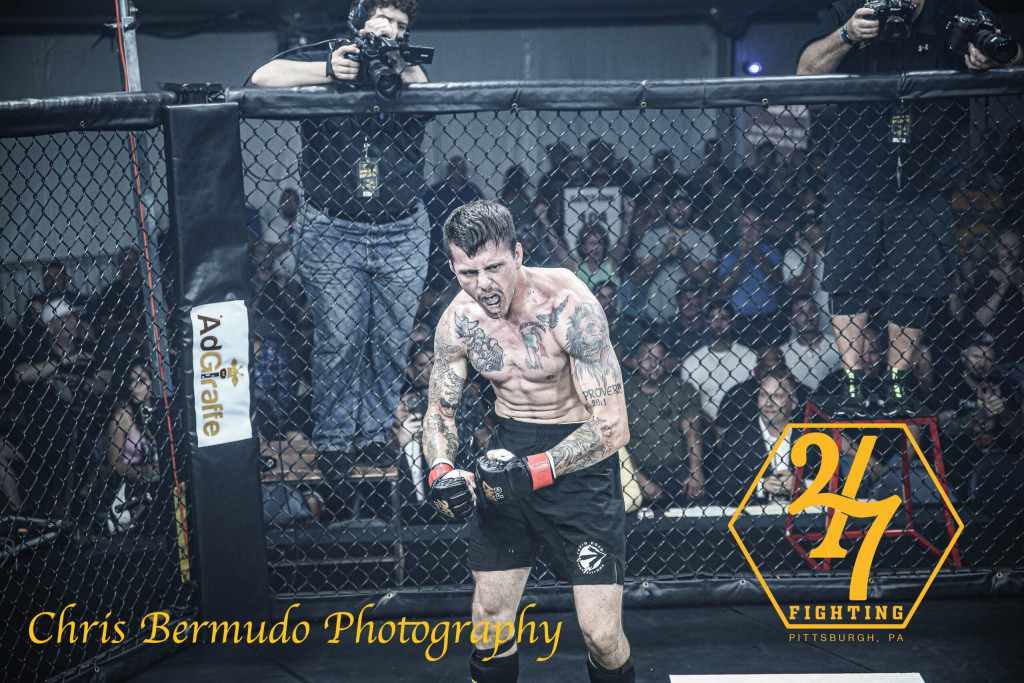 Many believe Welsh will one day achieve greatness inside the cage.

But he’ll need to get through Joint first –– and this is no gimme by any stretch. Buckle up.

The fun doesn’t stop there

He faces a tough test in Indio Dojo wrestler Clayton “Hoot” Lee, who many little birdies say has a bright, bright future in the sport.

Walters is absolutely no joke, and training at High Ground Jiu-Jitsu, he’s only getting better every day. He doesn’t care about the hype around Hoot Lee at all, either. This one is going to bring the ruckus.

• Queavaughn Napier and Derrick Brown both suffered tough defeats back at Brawl in the Burgh 12 (full event replay here), and they thought, “Why not throw down against each other to see what’s up?”

These two are full of energy and enthusiasm, and they’ve both reached out to us to talk about their improvements. To hear them tell it, you might not even recognize them as the same guys who made that walk back in July. That’s promising. I personally love their mentalities and cannot wait to see what they have in store for us.

The Indio Dojo product Burrs has a test in front of him, ladies and gents. After a successful collegiate wrestling career at Waynesburg University, Burrs wants to step into the cage –– and Mulnix said, “Aight, bet.”

A Japanese jiu-jitsu black belt, Mulnix is a beast on the ground, so if Burrs wants to utilize that wrestling, he better beware. This one will get interesting quickly, and it is just a perfect matchup of debut fighters.

When the debut amateur fights on a card are this good, you know you have something special brewing.

Brawl in the Burgh 14 is that special brew through and through.

• We have another announcement to make, and you’re going to like it. Stay tuned.