Sure, I know I kinda cut straight to the point there. No build-up. No fluff. No fun.

But that’s the thing: Railyard doesn’t mess around, either. You head inside, you’re greeted, you’re seated, and soon you’re drinking delicious beers and chowing on smoked meats (or wings… or sandwiches… or…).

For the latest edition of our Pittsburgh Combat Sports Podcast Hidden Gems series, we hit up the Bridgeville-based Railyard Grill & Tap Room to see what’s up.

Turns out, plenty’s up there. The menu is outrageous, but eventually, we “narrowed” things down to:

Ryan snagged that pulled pork + brisket sandwich (bottom left up there) and the picture truly does it zero justice. This thing was the size of an NFL football.

“That’s over a pound of meat. Good luck.”

The brisket (top right) surprised me in that it’s chopped, not sliced. Railyard smokes everything in-house, and the menu features an awesome variety of meats. When you see a menu that clearly understands barbecue (like this one) you just expect the brisket to be sliced.

“We chop the brisket, which isn’t common, but this is another one of those things where you have to listen to your customers and adjust,” he said. “We sliced it at first and had people complaining, ‘Oh, I got all these fatty slices. I can’t even eat it!’

“So we just said, why not chop it and serve it like this? It stays super moist, and it’s already chopped and ready to go for sandwiches or whatever else we need it for. It turned into a win-win.”

Skeptical as I was, I gotta say: It works. Nick’s right: The fatty slices are the best, but this chopped brisket still 100% hits the spot.

The wings were phenomenal –– especially the Nashville hot –– and we left a ton of food on the menu (Nashville hot chicken and waffles, anyone?) to give us plenty of reasons to come back.

So the food’s awesome.

But it’s the people who make Railyard stand out in a crowded market.

Nick made sure to check in on us throughout our stay, and his passion for his craft shone brightly.

“I’m a Bridgeville kid. This place means so much to me,” he said. “I just think, ‘What do we need? What would help Bridgeville be a better, more attractive place?’ Every decision I make is with the community and our customers in mind.”

From the food to the beer to the live events schedule featuring bands, trivia, and more, it’s pretty obvious Nick and the crew at Railyard wants to build a community staple in Bridgeville. Heck, even our waitress Brittany (Britney? Sorry.) was a good sport with us as the empty beer glasses started to pile on the edge of the table. 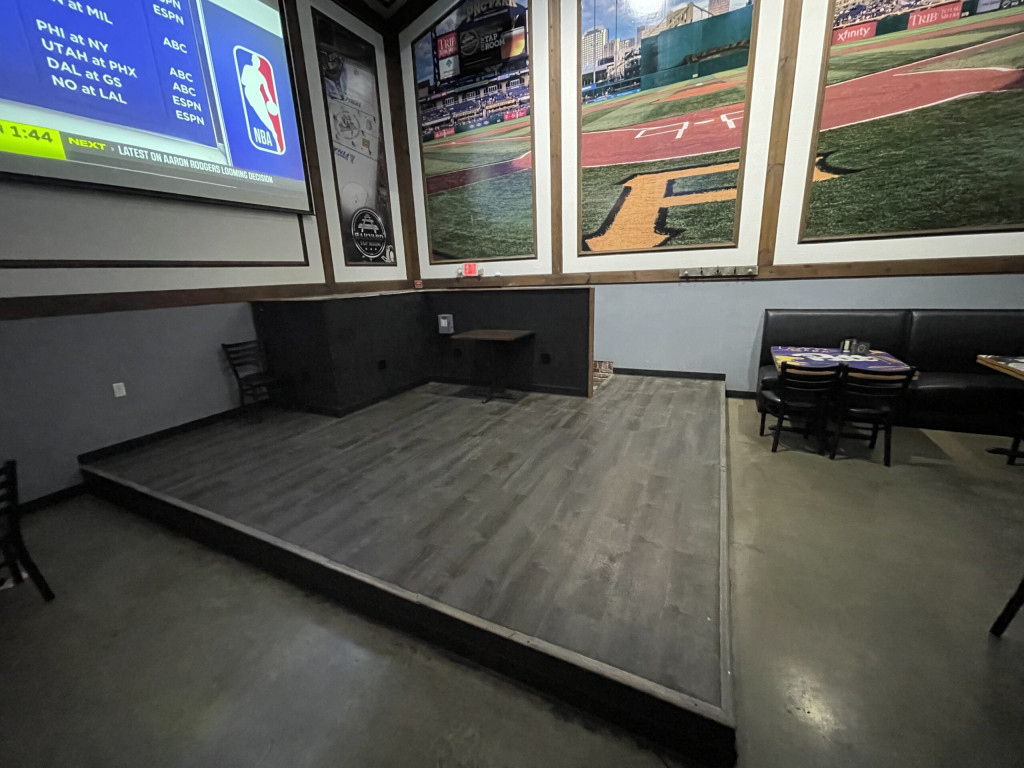 Even better, Nick teased a few projects to come –– including some wild alcohol experiments –– that certainly will capture enthusiasts’ attention.

From top to bottom, the experience here just kicked ass. It’s one thing to have great beer and great food (and for many, that’s all you need). But Railyard kicks it up a notch with its people, creating a genuinely memorable experience for its customers.

This place is a hidden gem for sure.

But probably not for long.