Patton vs Allgeier – Who Will Win Gold?

by Mike Harris in Blog

It was just 6 months ago when Patton vs Allgeier was supposed to take place. The battle tested Justin Patton and the undefeated Cameron Allgeier were scheduled to collide in the 247 cage in November 2020. Ironically, both Patton and Allgeier ended up contracting Covid-19, forcing the fight to be canceled. But in a rare occurrence for amateur fights that fall apart, 247FC Owner & President Ryan Middleton said, “This was a fight worth rebooking. This is a fight that HAD to take place.”

Thanks to 247FC that’s exactly what we get at Brawl in the Burgh 6 on May 22nd. As Patton and Allgeier have been rescheduled to square off in one of two featured amateur title fights for the 247FC Amateur Bantamweight Championship. Despite this being the first title opportunity for both competitors, neither have admitted to feeling any type of pressure and remain confident in their preparation leading up to May 22nd.

Patton (5-3) is coming into the bout, after nearly two years without a fight, riding a three-fight winning streak. But it’s the time he spent out of competition that has his confidence at an all-time high. Training out of Pittsburgh’s The Academy of Martial Arts and Fitness, Patton believes the high-level coaches and training partners he has will be one of the many factors in his favor heading into this title fight.

With Patton’s confidence skyrocketing, he sees many avenues to victory in this matchup. In regard to watching tape on his opponent Patton said this as his biggest takeaway, “If he doesn’t get that takedown, he gets very desperate.”

Patton vs Allgeier – “It’s going to be a dynamic fight, I promise that” 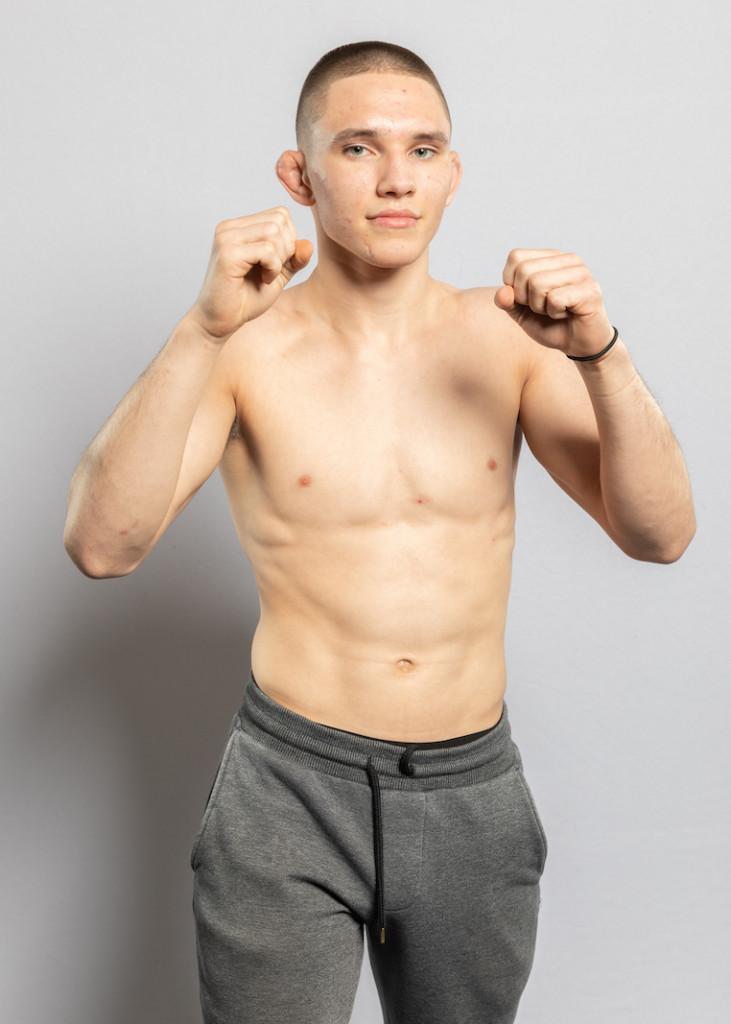 Allgeier (4-0, #3 Amateur Bantamweight in PA Rankings) training out of Gorilla House MMA in Altoona has been wrestling since 6th grade and he has imposed his grinding mentality on all four of his opponents thus far. But he wants fans to know that he is growing as a fighter every single day and is comfortable wherever the fight takes place. Talking about the “striker vs wrestler” aspect of this fight Allgeier said, “It’s not UFC 1 anymore. It’s not striker verse grappler. Patton may prefer striking, but I think he’s a brown belt or purple in BJJ. He’s tough on the ground and in my last fight I dropped my opponent on the feet. It’s going to be a dynamic fight, I promise that.”

A question both fighters were asked about was concerning Patton’s inactivity over the past two years. Allgeier gave some praise to his opponent saying, “I see him post 20 stories a day. He’s in the gym. The time off shouldn’t be an issue for him. I’m expecting the best Patton anybody has ever seen. He has the Bellator and UFC fighters in his gym. It’s not like he’s going to go out there and be out of his element.”

Patton wanted to address his inactivity by saying, “It’s not an issue. Our sparring is hard. Ask anyone in Pittsburgh. You come to The Academy we’re fighting. If we’re sparring, we’re fighting. So, it is what it is.”

This is a collision course where one fighter, Patton, believes he is ready to turn professional and this fight is his opportunity to make a statement. However, Patton’s opponent has motivation outside of turning pro heading into this fight. Allgeier believes that they are attempting to use him as a steppingstone to boost Patton’s career. He had this to say when commenting, “That’s the feel I get fighting Patton. He tried to turn pro three or four times. It fell through. Now he has to get one, an amateur fight, because he’s been out for so long. So, I feel like it’s that type of thing where I’m going to be used as the steppingstone to boost up the hometown guy. But I’m going to go in there and keep that from happening.”

While discussing his opponent further Patton highlighted The Mat Factory, where both competitors train on Sunday’s, as a secret weapon saying, “What I’ve seen from me and him on Sunday’s? I’ll keep that a secret for the fight. I seen what I needed.”

Patton vs Allgeier – Contrasting styles – Who can impose their will?

Both fighters have done a great job at rounding out their skillsets. But it’s no secret Allgeier is the stronger wrestler and Patton is the more seasoned striker. The question that can’t be answered until fight night is how the contrasting styles will play out in the cage and what factors will impact the fight. Commenting on how he believes the fight will play out Allgeier said, “At the end of the day we’re going to be good at whatever we’re good at. So, he can go practice whatever he practices, and I’ll practice what I practice. This is going to be about who imposes their will on who.”

This is a fight you DO NOT want to miss at Brawl in the Burgh 6! Get your tickets here!